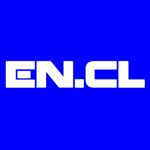 Officers of the Valparaiso Criminal Investigation Brigade arrested a suspect for the flagrant crime of robbery by surprise, which occurred in Villagrán street near Plaza Echaurren.

According to information provided by the civil police, J.A.G.A. (41) approached an Argentine citizen, forcefully took her purse  containing documentation and cash, however the accused noticed the presence of detectives performing duties and tried to escape by of alleys and stairs discarding their loot in their flight.

The background of this investigation and the detainee were made available to the Valparaiso Court of Gaurantee, where the respective detention control was carried out.